The Art of New Ancient Vases.

Like a sonnet, a haiku, or a humble stamp, ancient Greek vases were created within certain constraints of form. Those constraints of shape and colour make the Greek vase a recognisable type which in turn lends itself well to being imitated – in ceramic or illustration. Frequent readers of this blog will know that at Panoply we're big fans of creating new vase scenes on card or clay as part of thinking and learning about antiquity. We've even looked in the past at how the conventions of vase painting have been adapted within Star Wars fan art to create Greek vases from a galaxy far far away. In this post we'll look at a few more examples of modern 'ancient' vases and how people have worked within the constraints of the genre to make their point.

Naturally the way that the red and the black scream 'Greece' makes ancient pottery a great format for illustrators who are addressing Greek themes. This made vase themed cartoons a popular choice when the Greek financial crisis hit the headlines. 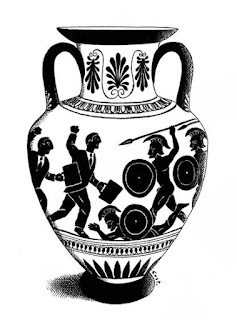 Above, 'Grexit Vase' by Sunnerberg Constantin has heroically nude warriors in the classical style fighting back against an onslaught of be-suited modern day bureaucrats. https://www.cartoonmovement.com/p/6347 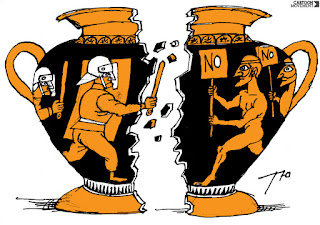 Above, Sergei Tunin's 'The Greek Divide' uses a similar contrast of classically nude figures resisting the clothed representatives of the modern world – in this case riot police rather than money-men. The crack through the vase acts as an instantly recognisable metaphor for division within society. https://www.cartoonmovement.com/cartoon/638

Above, police force also seems to have been on the mind of Hajo of Studiohajo in creating his 'Greek vase'. Without the presence of antagonists, the focus falls more exclusively on the police, whose heavy protective gear adds to the sense of them as a modern iteration of the ancient soldier. All is not well, however. The gun is smoking and the vase is cracking, the cracks once again expressing stress on our social fabric. 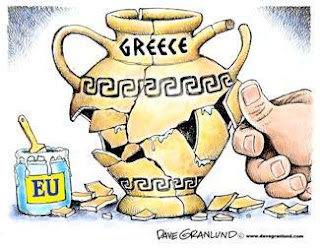 Above, Dave Granlund seems to have a more optimistic approach to the same subject with his work, 'Vase repair job'. The Greek economy vase is damaged, but EU glue is piecing it back together and not a rifle in sight. http://www.davegranlund.com/cartoons/

The format can work for topics beyond Greece of course... 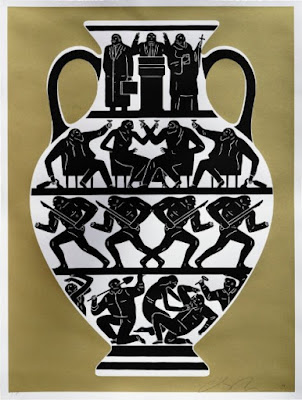 Above, Cleon Peterson, takes a far from optimistic view of the modern world. This is his 2017 work 'Trump', featuring a fiercely tiered and none too harmonious society. Peterson has a penchant for dystopian scenes realised in the stark reds and blacks of vase art (the original of 'Trump' was black and red too). The limited palate, constrained space, and bold figures all add to the power of the image. You can see more of his reimagined Greek vases here: http://www.artnet.com/artists/cleon-peterson/.

This post has been a brief look at some political pots. More new ancient pots in the next post, but this time a promise of some funny ones.

Fancy drawing your own scene? Get stuck in on your own or come and see us at the Iris Project Festival of Natural History, Classics and More, Oxfordshire, 27th March 2019.
Free – and no booking required unless you fancy bringing a school group. http://www.irisproject.org.uk/index.php/resources/14-resources/215-iris-festival-of-natural-history-classics-and-more-27-march-2019 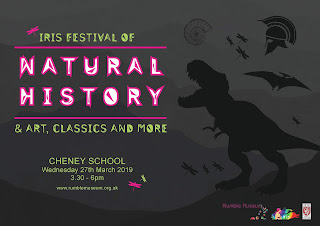 Posted by Sonya Nevin and Steve Simons at 17:53