2019 promises to be an enjoyable year for vase animation fans. September will see the release of our Mythical Childhood animations in coordination with the opening of the new antiquities galleries at the National Museum in Warsaw, where they are due to take a dramatic role amongst the pots. We'll be showing some of them at some events and schools before then, so come and see us if you fancy a sneak peak. And before then, have a quick look here.

Heracles, who you can see above, will be hunting a mythical beast in his adventure. Meanwhile, Dionysus will be looking to kick off some good times:

Here he is looking for some likely helpers...

...and here is a likely looking candidate. We're big fans of this little fawn. (made from Nat. Museum Warsaw 142355 MNW)

You can also look forward to a simply extraordinary animation featuring Sappho and her daydreams about Troy. Big shout-out to Prof Armand D'Angour of the University of Oxford for creating the score for this animation, which recreates the melody of Sappho's own poetry. Pretty rad. 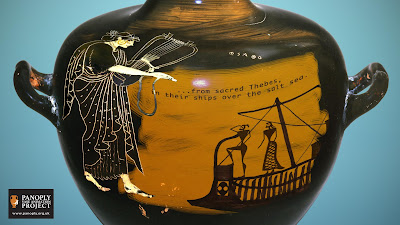 Above, Sappho conjures up tales of long ago.

We'll be bringing you something a bit different with a supercool Iris animation. Get ready to feel a little wonder. And you'll get a glimpse of the gods at home in what will be the final OMC animation to take shape. Watch this space for updates – and more – throughout the year. 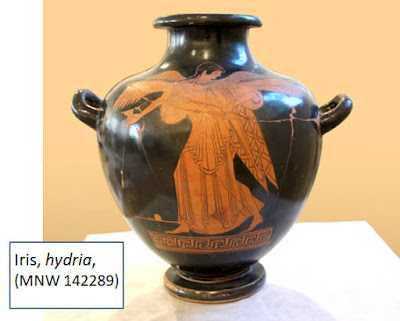 Above, storm-footed Iris, bringer of rainbows.

You may recall that we have also been dipping out toes in Roman waters courtesy of involvement in the Locus Ludi project. A fresco from the House of Deer in Herculaneum is the first of our Locus Ludi subjects. Below here you can meet one of the chubby fellows who will be bringing Roman games into the 21st century.

Above, the House of the Deer erotes bring you season's greetings for the New Year.

Wishing you a happy, healthy, and prosperous 2019, from Steve & Sonya at the Panoply Vase Animation Project. 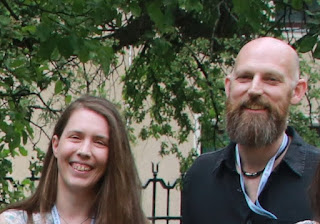 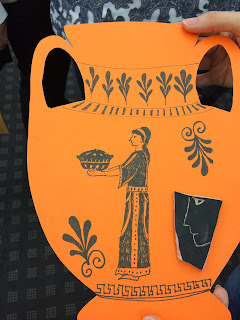 Here's to a year of further adventures with ancient pottery!
Posted by Sonya Nevin and Steve Simons at 18:34