Mythology and Education: History and Practice 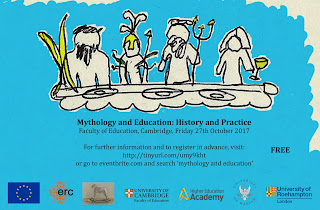 Much interest and positivity has surrounded Mythology and Education: History and Practice – a workshop held recently at the Faculty of Education at the University of Cambridge, organised by Frances Foster, Katerina Volioti, Susan Deacy and I (aka Sonya Nevin). Mythology frequently plays a role in education, and this was an opportunity to look at some current and historical practice, and to share thoughts constructively. This post contains details of some of the presentations and the ideas within them (including some news on Panoply's current work). You can also see the full programme here.

The day kicked off with Dr Lisa Maurice of Bar Ilan University, presenting Our Mythical Education: an overview and some preliminary notes on Israel as a case study. Lisa's part in Our Mythical Childhood is to research where classical antiquity features within curriculums worldwide. She noted that, in the past, studies of classics in school curriculums have tended to focus on classical language teaching. While that work has been important, it is also positive to look for classical material beyond that horizon. In Israel, the case-study examined here, you won't find classics within the main curriculums, but you will find it in the literature curriculum, where Greek tragedy holds its own well. In short, if you want to look for the classical world, look for it in all sorts of places; and if you'd like to teach it but can't teach it straight-up, perhaps it can be worked into other areas of the time-table. Dr Arlene Holmes-Henderson added on a bright note that ACE (Advocating Classics Education, http://aceclassics.org.uk/) supports those teaching or looking to teach classical antiquity without a language focus. 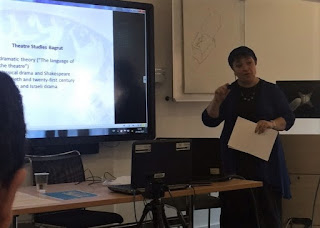 Above, Lisa Maurice discusses her search for the classical.

In the next session we looked at teaching mythology with visual culture. Dr Tony Keen gave some examples of teaching points that he raises when teaching ancient myth through cartoons – particularly noting that students' familiarity with how a character can be presented differently in different cartoons can be helpful for thinking about how flexible myth was within antiquity. Dr Amanda Potter of The Open University talked of: Bringing Classical Monsters to Life on UK Children’s Television. A stand-out point here was the extent to which consumers of mythology in children's TV (and lit) are encouraged to identify with or sympathise with classical monsters more than they ever were in the past. You may recall that this issue cropped up a lot in Chasing Mythical Beasts, a Mythical Childhood-related conference held at the University of Warsaw in 2016 (you can read more about it here and here: http://mythicalbeasts.obta.al.uw.edu.pl/). Students can benefit from experiencing the modern narratives that are created using this approach, and from contrasting them with more traditional versions of the mythical figures in order to think about how the material shapes responses and communicates values. This line of exploration was also in tune with a short presentation given later by Robin Diver, a PhD candidate at the Universities of Birmingham/Nottingham. Robin discussed the figure of Hades, now frequently represented as a brooding love interest rather than, more traditionally, a scary abductor/rapist. Both presentations gave a lot to think about in terms of myth's capacity to help people understand monstrosity/difference, and to think about difficult, even frightening aspects of existence.

I spoke on the visual culture panel, talking about how, at the Panoply Vase Animation Project, we encourage teachers and other educators to use our vase animations within their teaching of classical topics – particularly how the info pages that go with each animation are intended to give educators extra tools for talking about the material with or ideas for what elements they might draw into their discussions. Each of the five animations that we're making for the Mythical Childhood collection will come with plenty of info as well as learning resources for independent and classroom activities. I spoke a little about two of the animations that are well under way. One, featuring the poet Sappho, will give people a Trojan War prequel story; even the ancients liked an expanded universe. In another, Heracles will be hunting the Erymanthian Boar. Below you can see the careful construction work we have done to create a suitable King Eurystheus to oversee the task. 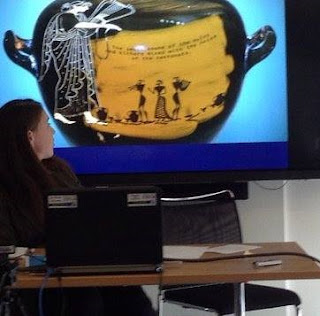 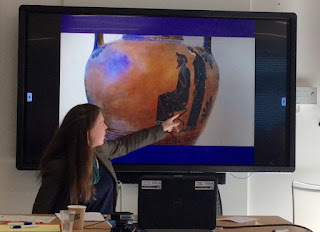 Above, my presentation on the Mythical Childhood vase animations.

A round-table discussion, Schools and Museums, followed. Dr Maria Christidis of the museum at Karl-Franzens-Universität in Graz, Austria, spoke of her work to make the museum an informal environment in which young people feel welcome and comfortable exploring their ideas in harmony with the collection. Rhiannon Litterick, Schools & Families Officer at the Sir John Soane's Museum, discussed similar themes. I was particularly impressed by her discussion of pro-active inclusiveness – that it is not enough to wait for schools to knock on your door, museums must be on the look-out, inviting and encouraging schools and other groups to come. Even a small degree of contact can dispel doubts and questions that may have been preventing visits. Jonny Barnes, a Classics teacher at Eltham College, joined the discussion with an enthusiastic account of what pupils can gain from learning outside the classroom. 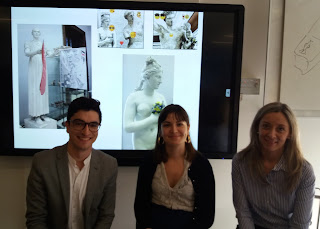 The theme of learner engagement continued with the following panel: Our Mythical Community: Students in Research Projects. Two thirds of the panel spoke from the University of Warsaw, and the Skype gods stayed kind. Professor Katarzyna Marciniak, lead investigator of Our Mythical Childhood kicked off by discussing the involvement of schools in that project. She spoke of the importance of introducing young people to the international community of classical mythology, of its importance for helping young people deal with challenges, and – on a more logistical front – the practical benefit of including schools in research projects right from the inception of the project. Plan early how you will include schools and enthuse funders with your plans; the rest will flow from there. Dr Elżbieta Olechowska then explained how she managed the inclusion of BA student work within early Mythical Childhood survey work, emphasising clear guidelines and review process. Dr Hanna Paulouskaya discussed the inclusion of BA students from the Belarusian State University within the current iteration of Mythical Childhood - a wonderful collaboration which has provided very positive sharing of ideas and experiences. More on these projects here: http://panoplyclassicsandanimation.blogspot.co.uk/2017/06/our-mythical-hope-adventure-in-warsaw.html . 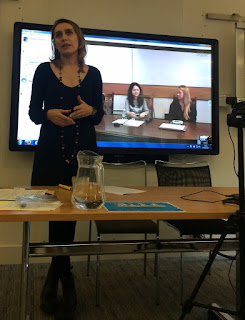 A Children’s Literature panel followed, chaired by museum educator and children's author, Richard Woff. Dr Rachel Bryant Davies, University of Durham, provided the historical perspective on this subject, looking at classical material for children from the 18th and 19th centuries. Rachel specialises in the materials available outside school, such as alphabet guides, puppet theatres, and other toys; as with the modern world, there was a whole host of classically-themed materials outside the classroom. Professor Maria Nikolajeva, a children's literature specialist from our host, the University of Cambridge, then explored a work by popular children's author, Diana Wynne Jones - The Game. Included in the talk was a fascinating observation about cognition, and the marked impact that occurs in the brain when anticipated narratives are disrupted; the brain goes wild for a familiar story told in a new way - classical mythology remixed being a powerful example. 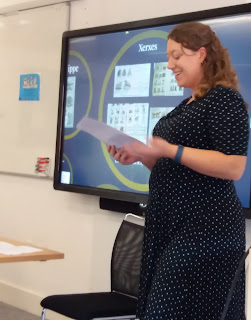 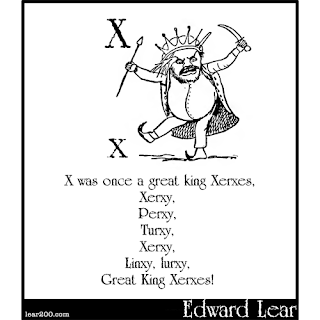 Above, Rachel Bryant Davies talks children's mythology materials in the Georgian and Victorian periods, and a sample from one of Edward Lear's alphabets.

The day finished with a round-table update on the University of Roehampton's contributions to the Our Mythical Childhood children's culture survey. Each university contributing to the project is writing entries for the survey, providing key information and analysis of items produced for children containing classical tropes and themes – mostly literature, but also television, films, video games, toys and so on. All of these will be available online within a fully searchable database, enabling researchers and educators to find items they might be interested in and the means to find out more about them. My contribution to this discussion focused on how I will be including in my entries feedback from my experiences of reading with groups of young children: what proved popular, what learning points presented themselves – such as effective questions to ask at certain points, and areas children needed help with. The survey database will be online next year and will be a tremendous open access resource. Watch this space for more on it.

Mythology and Education was attended by school teachers and trainee teachers, pre-school specialists, museum professionals, researchers, writers, students, and others from a variety of walks of life. This is a fine testament to classical mythology's thought-provoking and inspirational impact on learners learning in all sorts of contexts. Thank-you to everyone who attended or contributed in other ways. Long may adventures in myth continue.
Posted by Sonya Nevin and Steve Simons at 20:01 1 comment: