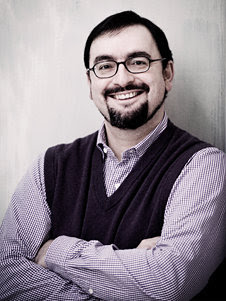 Today we’re talking to Dr Philip de Souza, Senior Lecturer at University College Dublin. An expert in ancient naval warfare, Philip’s publications include Piracy in the Graeco-Roman World (1999), and Seafaring and Civilization: Maritime Perspectives on World History (2001), with Ancient Naval Warfare coming soon, along with an edited volume, (with Robert Hohlfelder and Boris Rankov) The Oxford Handbook of Seafaring in the Classical World. Philip is also a special friend of Panoply having supervised Sonya’s doctorate and having seen all our animations from day one. Today he chats to us about ancient vase-scenes of ships, and pirates - curse of the high seas…


1. When do depictions of ships on vases begin?
They probably begin around 3100BCE, with some sketchy images on prehistoric Egyptian vases. The earliest depictions of sails seem to date from about this time. In the Greek world vessels with oars and sails are depicted on a variety of Mycenaean objects with some very clear ones dating to around 1700BCE.

2. To what extent are vase paintings of ships stylized or realistic?
I think it’s a bit of both. There are some obviously stylized depictions, such as the early Greek depictions of “double-decker” oared ships from c.700BCE, which in fact seem to be trying to show the oarsmen on both sides of a ship in profile. There is a good example on a Theban krater in the British Museum. Realism was certainly possible, and some black figure painters seem to be consciously trying to represent features of sailing ships and galleys accurately by the late sixth century BCE, although it seems to me that when a boar’s snout is depicted on a ship’s prow it’s more likely to be an artistic embellishment than an authentic detail. There is also the likelihood that some unusual features are the result of indifferent artistry. My favourite in this category is the so-called Aristonothos krater, a South Italian piece of painted pottery dated to c.650BCE. It features two ships with warriors on them, one of which has a very oddly shaped prow. The image has encouraged several scholars to develop elaborate theories of local ship design, but when I look at it all I see is a poor attempt to sketch a standard prow on the curving surface, done by an obviously inept artist who was not at all concerned about realism. 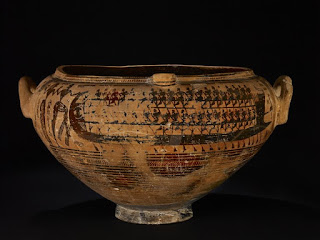 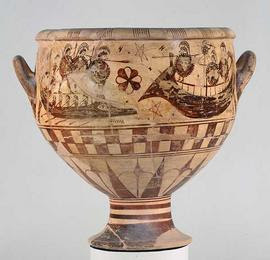 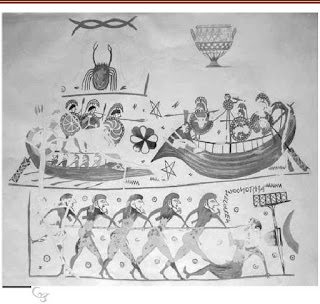 3. How do ancient images of ships help you in your research?
Images of ships are essential for the study of ancient seafaring. They tell us a great deal about the design and operation of seagoing vessels. The reconstruction of a Classical Athenian trireme, Olympias, could not have been undertaken without key pieces of information provided by ancient images. They also tell us a lot about what people thought about ships and seafaring. It is noticeable that, while triremes were vital to the Classical Athenians’ military activities, they seem to have featured only very rarely in public art. In contrast, there are quite a lot of images of ships in the surviving public art of the Roman Empire, in spite of the conventional view of the Romans as landlubbers.

4. Was piracy a big problem on the ancient Greek seas?
It was for those on the receiving end, but what Professor Vincent Gabrielsen has dubbed “the raid mentality” was an integral part of Greek warfare, so seaborne raids for plundering were commonplace, and almost a way of life from Homeric times onwards. The two Greek words that are usually translated as “pirate” are leistes and peirates, but neither is used exclusively for seaborne armed robbers. Leistes appears in the Homeric poems, composed c.700 BCE, and essentially means a “raider”, although it is noticeable that none of the Homeric heroes is ever called a leistes. When city-states with large armed forces emerge in the Greek world the word is used for raiding in warfare, by land and sea, but it becomes a pejorative term, often applied to the activities of political opponents in order to delegitimize them and justify military action against them. Peirates appears only on the 4th century BCE as a synonym for leistes, by this time seaborne raiding is widespread and the distinction between legitimate warfare and illegitimate “piracy” is very hard to establish. The Romans adopted peirates into Latin as pirata, from which we get “pirate” using it exclusively for seaborne raiders whose activities were deemed illegitimate by the state. Rome’s conquest of the Mediterranean reduced the problem considerably because wars were far less frequent and their standing armies and fleets could quickly suppress outbreaks of piracy.

5. Is there any way to tell if a vase shows pirates rather than other types of sailors?
Not definitively, because in Antiquity “pirate” was a subjective label, one that people applied to others to delegitimize them. No-one ever declared themselves to be pirates and there are images that might be interpreted as piracy – e.g. an Athenian black figure vase in the British Museum that seems to show a small galley attacking a merchant vessel – but none that are necessarily depictions of piracy. 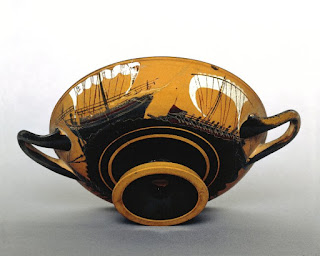 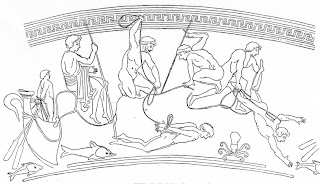 6. Do you have a favourite story about ancient seafaring?
My favourite story is the one about Alexander the Great and the pirate in book 4 of The City of God, by St. Augustine. Alexander supposedly asked a captured pirate, “How dare you molest the sea?” “How dare you molest the whole world?” the pirate replied. “Because I do it with a little ship only, I am called a pirate. You do it with a great army, and so you are called an emperor”. That anecdote has both a political and a philosophical message, and it shows us that the ancients could be every bit as sophisticated in their analysis of the dynamics of power as modern political theorists. Noam Chomsky used the story as the starting point for a whole book about the hypocrisy of modern western states’ attitudes to “terrorism”. There’s a very sharp cartoon based on it that you can find on Youtube (and below).


Many thanks to Dr de Souza for all this fascinating info. Keep your eyes open for ships next time you’re hitting the museums, and check-out Seafaring and Civilization: Maritime Perspectives on World History to find-out more. In the meantime, enjoy Pirates and Emperors:


Above, Pirates and Emperors.
Posted by Sonya Nevin and Steve Simons at 10:01