In the News - New Publications 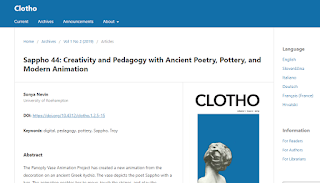 The first is called ' Sappho 44: Creativity and Pedagogy with Ancient Poetry, Pottery, and Modern Animation'. It describes a new animation that we've made – Sappho 44. Hector and Andromache: A Wedding at Troy. You'll be able to see the animation later on this year. It features the poet Sappho playing her lyre and telling a story that's a prequel to the Trojan War. The article tells you about the animation, its ground-breaking music, and what sort of things you might do with it in a classroom or lecture-hall. 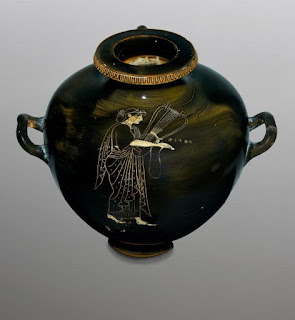 Above, the new Sappho animation has been made from this vase featuring the poet Sappho (late 6th century hydria decorated in the Six Technique, National Museum in Warsaw 142333 MNW).

The article has been published in a relatively new online journal called Clotho , which is published by the University of Ljubljana. It's free to read; simply go to: https://doi.org/10.4312/clotho.1.2.5-15 and click on 'PDF' under the image. You can read it online or download it. Hope you enjoy it! 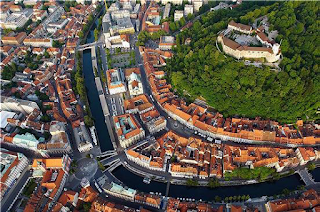 Above, rather nice, a shot of Ljubljana in Slovenia, where Clotho is published.

The next publication is a blog post for the US Society for Classical Studies. 'Making Greek Vases Come to Life Through Animation' is available at: https://classicalstudies.org/node/34374. It gives a run through of who we are, what we make, and why, with some bonus material. 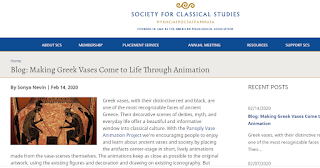 Above, plenty of good reading to be found on the Society for Classical Studies blog, not least the new article by yours truly on vase animations

Up next on the calendar is the Mythology and Education conference that we're organising with Frances Foster and Susan Deacy at the the University of Cambridge's Faculty of Education. Many thanks to the Institute of Classical Studies and the Centre for Research in Children's Literature in Cambridge for their support (financial as well as moral!). To those of you who have booked – looking forward to seeing you there. To other readers – we'll have a write-up of the day soon. 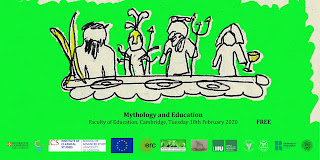 Posted by Sonya Nevin and Steve Simons at 17:54