There are three fun and interesting public events lined-up for next month, 2 for adults, 1 for children, so, if you're in the UK, come and say hello and enjoy. The first is a book launch, the second a schools' fair, and the third a party at the Pitt Rivers Museum. I'm also giving you advance notice of a super-cool event that will be taking place at the University of Roehampton in March. If you like the sound of any of that, read on.... 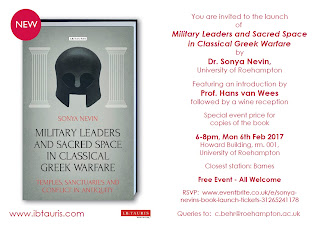 1) Monday 6th Feb. Launch of Military Leaders and Sacred Space in Classical Greek Warfare.
This book launch will be celebrating the publication of Military Leaders and Sacred Space in Classical Greek Warfare, aka my new book :) (available on the IB Tauris website). The launch will feature an introduction by Prof Hans van Wees of University College London and an opportunity for some ancient history chat over a drink. Copies of the book will be on sale at a discounted price. This event will take place at the University of Roehampton (West London) on Monday 6th Feb, 6-8pm in the Howard Building (room 001). This is a free event, but please book via Eventbrite so we know how many people to expect. All very welcome. You can also find a discussion of Military Leaders below in our previous post. 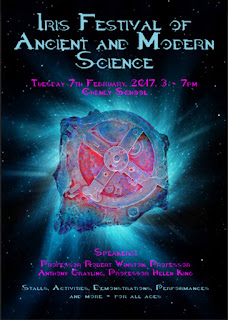 2) Tuesday 7th Feb. The Iris Project's Festival of Ancient and Modern Science.
The Panoply Vase Animation Project will be amongst a fabulous selection of stalls and talks at the Iris Project's Festival of Ancient and Modern Science. We'll be showing our animations, chatting about them and our new project, and hosting a range of drawing and colouring activities. Bring your nippers to hear more about ancient vases, Greek myth, and ancient and modern science. The festival will also feature Professor Helen King talking about Hippocratic medicine, a QandA with IVF pioneer Professor Robert Winston, and a talk by Professor Anthony Grayling on the Pre-Socratic philosophers. This event is on from 3-7pm at Cheney School in Oxfordshire. It's free. Drop-in, no need to book unless you plan to bring a group. For more information, visit the Iris Project's website. This video might whet your appetite: 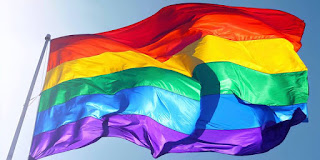 3) Saturday 11th Feb. Out in Oxford: Party at the Pitt.
On Saturday 11th February, from 7-10pm, there will be special exhibitions, short talks, and interactive activities led by community groups, curators, performers and artists at the Pitt Rivers Museum in Oxford. Party at the Pitt is on to celebrate the launch of the Out in Oxford: Cross-Collections Trail, a trail that connects the University of Oxford's museums, highlighting and exploring artefacts connected to LGBTQ history and culture. You can download the Out In Oxford trail, written by LGBTQ volunteers and allies, at http://www.glam.ox.ac.uk/outinoxford. I'll be there, giving a short talk about The Symposium - Panoply's 2016 animation created for Oxford Uni's Classics in Communities project. Party at the Pitt is a free event for anyone over 16. Tickets are available via Eventbrite. Hope to see you there!

Museum types interested in introducing more LGBTQ-friendly material into their museums will enjoy this short talk by the Out in Oxford trail's curator, Beth Asbury:

4) Thursday 16th March. Our Mythical Childhood - An Introduction.
And finally, a head's up about an event in March – an introduction to the Roehampton wing of the ERC-funded project Our Mythical Childhood... The Reception of Classical Antiquity in Children’s and Young Adults’ Culture in Response to Regional and Global Challenges. I'll be talking about the role that Steve and I have in this project – making a set of new vase animations on mythical themes and a documentary about vases, myth, and animation. There will also be presentations from Dr Susan Deacy on her work on classical myth in the autistic classroom and from Dr Katerina Volioti on gods and other mythical creatures in literature for young children. Last but not least, you'll hear about the survey of classical mythology in children's culture which is being collected by scholars around the world. This is a fantastic new project and this is the first chance to hear how it's unfolding and how it might be of use to you in your endeavours. This event will be of particular interest to classicists and children's literature experts, but all are very welcome. It will be on on the 16th March, 5.00-6.30pm in the University of Roehampton's beautiful Adam Room in Grove House. Booking details will be released closer to the time.

Hope to see you at one of these events. We'll be back soon with more news on our developing animations.
Posted by Sonya Nevin and Steve Simons at 20:11